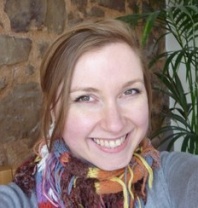 Rachel was first introduced to Pilates over 20 years ago whilst training as a classical dancer. A few years on, life took her in a different direction and her focus moved away from both a career in dance and regularly practicing Pilates. It wasn't until much later, after years spent working in a sedentary office role, that she returned to Pilates in an attempt to 're-educate' her body. Rachel wanted to try and combat the niggling aches and pains that had started to develop as a result of sitting slouched for prolonged periods in front of a computer!

She had no idea how much her posture had deteriorated until she started taking classes again, the benefits of which were almost immediate. Becoming increasingly intrigued by the effectiveness of Pilates,she eventually decided to train as a teacher, choosing the most comprehensive course available covering anatomy, pathology and basic through to advanced repertoire.

Tutored by master teacher Suzanne Scott at the Scott Studio in Castle Carey, she completed a 1 year Pilates Foundation Matwork course in 2009 and soon after started teaching.