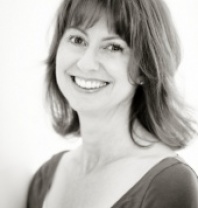 Originally from Salt Lake City, Utah, Tisha studied Politics and Economics for her BA at The American University in Washington D.C. She came to the UK in 1995. Already qualified as a Fitness Instructor Tisha began to work in London as a Freelance Instructor, Studio Co-ordinator and National Presenter on the UK fitness circuit.

Tisha studied Pilates under Dominique Jansen and Sian Williams at Pilates Off the Square in 1997. She completed the comprehensive training and became a full member of the Pilates Foundation in 1999. It was also in 1999 that Tisha was invited to set up and run the Pilates studio and matwork programme at Triyoga in Primrose Hill. Eventually she left to set up her own studio in 2002, Kings Cross Studios, which she continues to run today with a wonderful team of teachers.

Tisha strongly believes that at the heart of our organization is our non-profit status. This makes us unique to anyone who chooses to be a member and it offers us great latitude to stand apart from other Pilates organisations. As a Board Member Tisha's objectives are to offer a clear direction for our organisation's future, individual professional support and inspire greater member contributions to the Board and Committees that ensure we keep our organisation vibrant and alive.

Tisha completed her City and Guilds 7303 course in 2008. She is also a qualified Gyrotonic Pre-trainer and Gyrokinesis Teacher. She lives in North London with her partner Wayne, son Whittaker and Cosmo the Wonderdog. Tisha has served as PF Board Director since May 2011.

For additional information on other studio classes for Pilates, GYROTONIC®, GYROKINESIS®, or Yoga visit our website at kingscrossstudios.co.uk.